Slightly over a year ago David Shulman pleaded urgently on this blog for help in sparing Susiya, a Palestinian village in the South Hebron Hills, from immanent destruction by the bulldozers of the Israeli Civil Administration. You may read his eloquent message here. At the time, people mobilized in Israel and abroad.

Large demonstrations occurred at the village; the European Union sent representatives and the spokesperson for the United States Department of State complained to the Israeli government. Susya was spared.

Now, after a year, the forces that desire Susiya’s land seem to believe that the world must have forgotten Susiya by now. The civil administration has restarted preparations to demolish the village. The same dreary process, including the obligatory fruitless appeal to Israel’s Supreme Court, has already begun. Now the fate of the village is to be decided by August 15 by the ultra right Minister of Defense, Avigdor Lieberman.

If you heeded David Shulman’s call then, if you wrote to your representative, your foreign minister and/or your country’s ambassador to Israel or if you regret that you did not, please consider doing so now. Ask them to apply pressure to Israel, as they successfully did last year and keep Susiya’s families, more than 300 people, many of them children, from having to abandon their homes and rebuild once more. 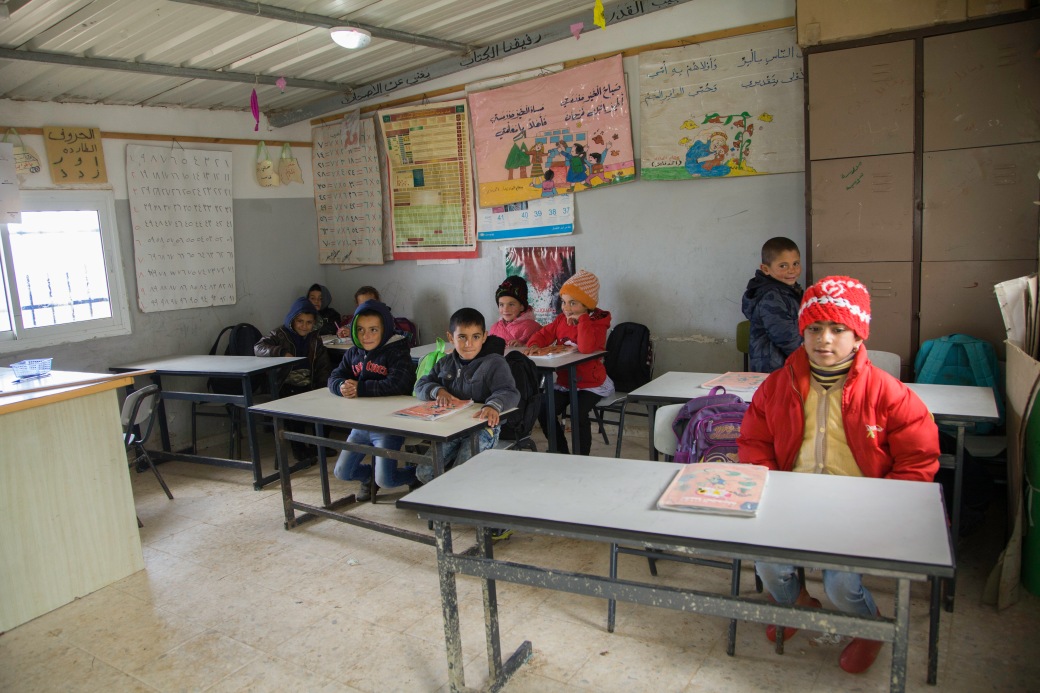 children from Susiya in school, March 2016

Susiya is not important merely because of the injustice of the ongoing process, but here it is in brief: boards that approve construction are composed of settlers intent on clearing the land and securing it for Israel; these boards prevent Palestinians from acquiring permits that would make dwelling on their own land legal;

a kitchen in Susiya

in order to live on their land and support their livestock and their orchards the residents build, without permits, temporary buildings that serve as dwellings and kitchens and everything that one needs to make a home.

They plant gardens around them and do what they can to make and remake real homes in a situation that is more than challenging. Donated sustainable energy supports their lives while Israel’s huge power lines bypass the village to bring power to encroaching settlements. I have visited Susiya repeatedly, made friends there, and found role models among these people. You may read about their work here

But Susiya’s importance transcends these reasons, which apply to many villages, Bedouin and Palestinian, scattered in the South Hebron Hills. All these communities suffer repeated demolitions. Their children grew up perceiving every Israeli as a threat to their homes. All of them,Susiya included, rebuild, at great expense of resources, effort, and emotion, once their village is demolished. This occasion will be no exception. Susiya’s special significance lies in the central role taken by its residents and the town itself. They have been in the front line of efforts by Palestinians in area C to preserve their way of life and their lands from annexation. Leaders of Susya have put themselves forward as spokespeople, organizers and peaceful activists. To many visitors to South Hebron they have become the symbol of Palestinian survival. If the outside world fails to oppose the demolition of Susya and the forcible eviction of its residents, then Israeli authorities may feel perfectly at ease demolishing any village in this region or anywhere else. You can read more about Susiya at Rabbis for Human Rights; and another appeal from David Shulman here.

Finally, here are some actions you can take from the EU, Great Britain, the US, or Canada followed by a sample letter:

1. If you are in Europe, you can write your representative to the European Union or your Foreign minister.

or you may write one of these officials:

3. If you are in the United States, the easiest thing to do is to sign this petition via the organization JStreet:

But you may wish to write your own letter to your representatives. Here is how to find them:

or to the State Department:

You can reach the department of defense here (the Honourable Harjit Sajjan, Minister of Defence)

And of course you may want to write your MP.

5. Here is one letter, but I am sure many of you can do better:

I am writing to express my concern about the immediate threat to the Palestinian village of Susya in Area C of South Hebron. Last year at this time, coordinated international expressions of outrage helped to spare this village from the bulldozers of the Israeli Civil Administration. This year the same parties are renewing their efforts to destroy most of the homes in the village, threatening the homes and livestock of more than three hundred men, women and children. Dialog with the residents has been cut off and this devastating process has begun all over again.

On August 1, the Israeli Supreme Court passed responsibility for the decision to demolish to Israel’s right wing defense minister Avigdor Liebermann giving him two weeks to make his position clear. The situation is urgent. To allow the expulsions and demolitions that were curtailed last year to happen this year would severely limit the chances of any peace negotiations. It would suggest that the West has been distracted from the goal of peace in the Middle East and that Palestinian rights and human rights in general are only momentary concerns. I ask you, my representative [in Congress/the European Community or otherwise as applicable] to apply pressure on the Israeli government and urge your colleagues to do so as well.

[your signature, address, etc. as applicable]

Please add further suggestions for action in comments to this post.